Being an employer with a few, or many, California employees can be confusing, frustrating and difficult. California’s employment laws are unique, complex and sometimes contradictory to the federal rules, or rules followed in the overwhelming majority of other states. Many companies either have California-based employees or, despite having business operations centered in other states, have foreign state residents regularly performing employment duties in California. California will consider any activities carried on in California as being subject to its employment laws.

As a starting point, California employees may claim the most favorable protection and benefits provided by either federal, state, or local rules, or rights granted within a collective bargaining agreement (“CBA”). As an example, an employee working in Santa Cruz can assert she was the subject of impermissible discrimination under the federal Equal Opportunity Employment Act (“EEOA”), California’s Fair Employment and Housing Act (“FEHA”), or the city’s Anti-Discrimination Ordinance. Whichever gives more money or affords greater protection is the law that will apply. A disabled employee in San Francisco can assert claims, in the alternative or collectively, under the federal Americans With Disabilities Act (“ADA”), FEHA or the city’s Discrimination Prohibition Ordinance. San Diego employees claiming they have not been paid required wages or overtime can assert claims under the federal Fair Labor Standards Act (“FLSA”), the California Labor Code (“Code”) or that city’s Minimum Wage Ordinance (27 cities, eight (8) counties and one (1) town have adopted some version of a “living wage” ordinance). A Los Angeles hotel worker in the vicinity of the Los Angeles International Airport can claim benefits under that specific industry/overlay district ordinance. A Berkeley worker can assert her employer violated the federal Family Medical Leave Act (“FMLA”), the California Family Rights Act (“CFRA”) or that city’s Family Friendly and Environment Friendly Workplace Ordinance. A San Jose union employee can choose the greater rights afforded under his CBA, or that city’s Opportunity to Work Ordinance. Convicted felons denied employment in Los Angeles or San Francisco can assert their rights were violated under the EEOA, FEHA or those cities’ Fair Chance Ordinances. And after January 1, 2018, Santa Cruz employers who may have “unauthorized” workers may face claims that they failed to comply with the federal Immigration and Control Act, California’s new Immigrant Worker Protection Act (“IWAP”), or that city’s own Anti-Discrimination Ordinance.

Whichever law favors the employee more will be the law that is applied.

Finally, while California is an “at will” state, an employer also must comply with policies set forth in their employee handbook (such as progressive discipline). These policies are afforded “implied-in-fact” contractual status.  Many multi-state employers are often surprised to find their handbooks, which were written to a “nationwide standard” or were not updated once written, become a contractual sword instead of a litigation shield.

California also has its own approach when defining and assessing liability on “joint” employers. The term “joint employers” implies common ownership or control.

In the Golden State, if an employer obtains workers to perform tasks normally done in that employer’s “usual course of business” from a “labor contractor” (a.k.a “temporary help agencies,” “HR outsourcing” or “professional employee organizations”), the employer shares all responsibility and liability for the payment of wages (including overtime), as well as valid worker’s compensation coverage for the assigned employees. In addition, the employer cannot shift to the labor contractor any duties or liabilities under Cal-OSHA. So in California, it is simply untrue for an employer to hire Administaff/AccountTemps/Insperity and “contract away” wage and hour, workers’ compensation or workplace safety liability. And if any companies find themselves in the unfortunate position of being a general construction contractor, both the Legislature and the courts have a special “add-on” to the normal problem of getting subcontractors to show up on the job site (see below).

Although not alone, California is unique in its approach to applicant, employee and workplace privacy, including privacy of personnel and medical records maintained within personal files. California has a specific constitutional provision protecting employees’ “right to privacy.” The easiest way to summarize this area is to say the employee can pretty much say anything they want about the employer on social media. The employer’s response, however, must always be “By law, personnel records of an employee are protected. We can neither confirm nor deny the accuracy of any such statements.”

Covenants Not to Compete

Can a California employee who has been released from work due to sustained unethical work-performance behavior, walk out the door, go up the street to a competitor, and immediately start calling on the very customers or accounts he called on while employed by our client? The short answer is “Of course, why do you even ask?” While most states permit an employer, as a condition of employment, to require employees to sign and comply with reasonable covenants not to compete, California says “nay-nay.” With only certain narrow exceptions, covenants not to compete (including non-solicitation agreements that have a similar effect) are unenforceable.

In one case, a court seeking to “enforce public policy,” held that a requirement to sign a non-enforceable covenant as a condition of employment violated California’s expansive unfair business competition law. Once again, multistate employers have painfully discovered “standard” or “uniform” policies, practices and agreements not only are unenforceable, but provide profitable fodder for California’s class-action harvest.

Disabilities and the Interactive Process

Another important distinction between California state law and federal law involves the “interactive process” for a qualified worker claiming a disability. Under California law, a covered employer must engage in the interactive process. Failure to do so, even if it is ultimately determined no reasonable accommodation could be made to allow the worker to perform the essential functions of their job, amounts to a statutory violation (i.e., fines and penalties). And while Massachusetts has determined an employer is required to allow employees to use medical marijuana as a reasonable accommodation (Barbuto v. Advantage Sales and Marketing (2017) 477 Mass. 456), for now, at least, California has held an employer is not so required (Ross v. Ragingwire Telecommunications (2008) 42 Cal.4th 920).

In California, we say, “If you set up your own company and hire only yourself, you can sue yourself.” California-based employers may try to limit the number of employees by having separate operating units. As you might have already guessed, California’s “joint employer” approach requires affiliated business to be combined to total up the number of employees. Some laws, especially local municipal laws involving wage and hour or benefits, have special rules requiring minimum hours worked within a jurisdiction’s territorial limits. For some, there is no definition and no limitation, leaving it to the courts to determine extent and scope of application.

Some laws apply to any employers having one (1) California-based employee. Those include disability insurance, domestic violence, sexual assault and stalking victims leave rights, Cal-OSHA, FEHA, immigration control, injury and illness prevention plans, independent contractors, military leave, required postings and notices, unemployment insurance and workers’ compensation. The remainder of state laws are phased in as the employee counts grows to the astronomical numbers of 2, 4, 5, 15, 16, 20, 25, 50, 75 and 100. 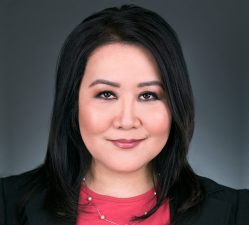 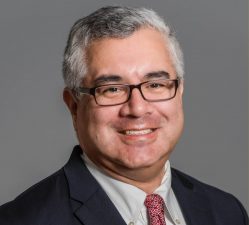 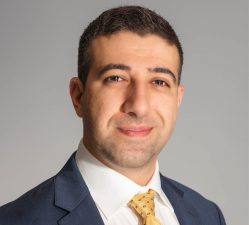 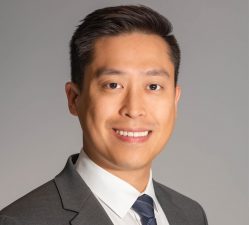 Making Green Mean “Go” Rather Than “Oh No” for Employers

On May 19, 2020, the Occupational Safety and Health Administration (“OSHA”) issued a memorandum that…

Layoffs and WARN Notices in the Time of COVID-19

Many companies have undertaken severe measures to mitigate the economic impact of the COVID-19 pandemic.…

On April 10, 2020, Los Angeles County issued its “Safer at Home Order for Control…

What You Don’t Know Could Hurt You: Employing Workers in California 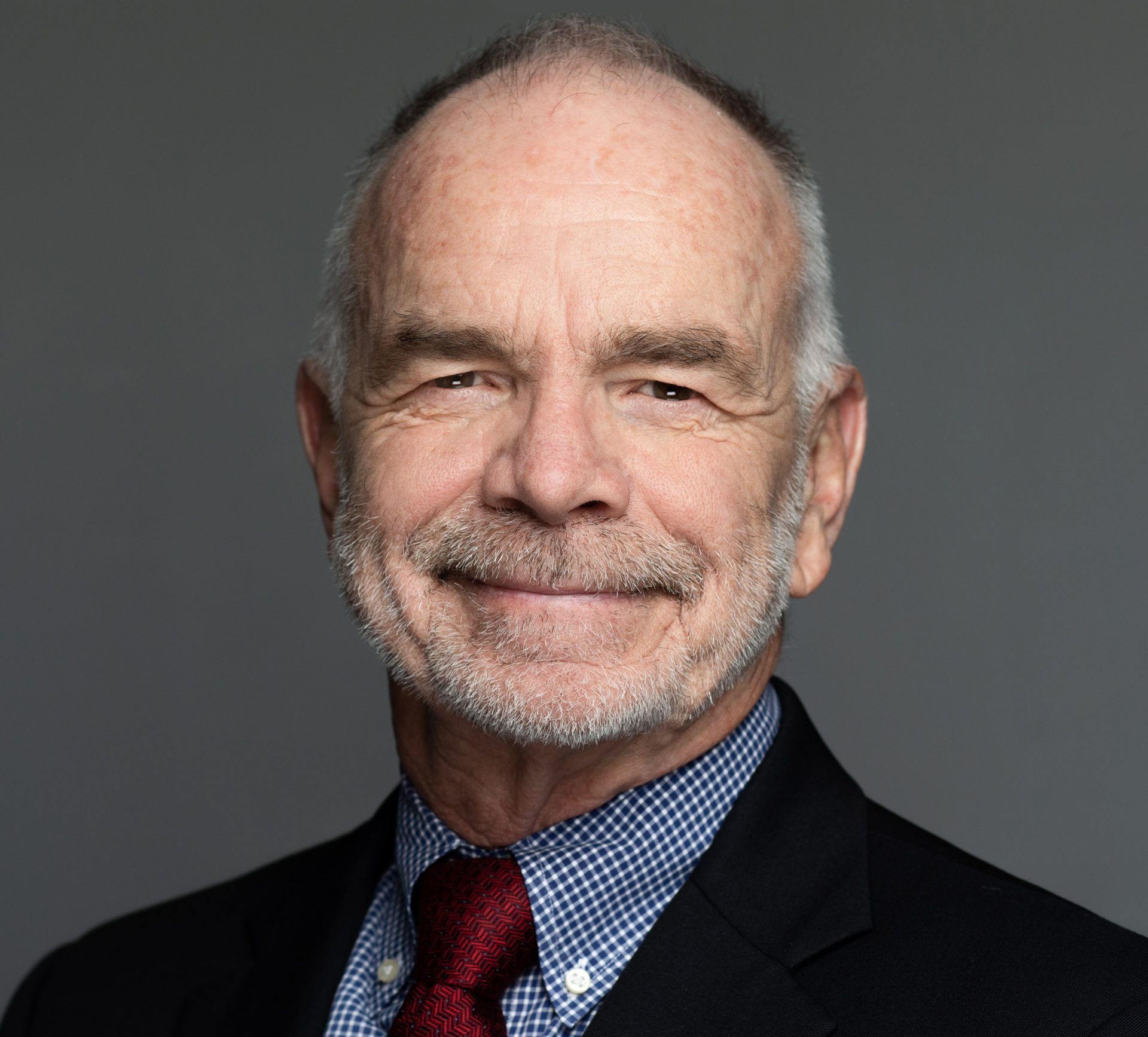 Read Bio
We use cookies to provide and improve your experience on our website. By clicking Accept you are agreeing to the use of these cookies. However, you do have the option to select Deny but your digital experience may be negatively impacted.AcceptDenyPrivacy policy