Effectively putting a new twist on an old slogan, Pennsylvania state trial-court Judge Christine Ward’s recent opinion in Ungarean v. CNA, No. GD-20-006544 (Pa. Com. Pl.  Mar. 22, 2021), told policyholders that they have a friend in Pennsylvania. Although many other state and federal courts have held to the contrary, Judge Ward ruled, on summary judgment no less, that a policyholder was entitled to business-income and other coverage for losses caused by the novel coronavirus (“COVID-19”) and/or associated government orders requiring business to close and citizens to stay at home. 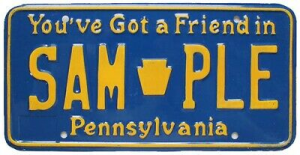 Most notably, in Ungarean, Judge Ward, who sits in the Allegheny County, Pennsylvania, Court of Common Pleas’ Center for Complex and Commercial Litigation, found:

Judge Ward’s policyholder-friendly opinion hearkens back to the Commonwealth’s bygone slogan “You’ve Got a Friend in Pennsylvania,” which debuted in 1980 but, “was so prevalent that even though it’s been gone [now] for [almost 35] years, some folks not only refer to it as Pennsylvania’s tagline, but erroneously hail it as the state motto.” Grounded in both precedent and common sense, the recent opinion, which systematically rejects arguments that various insurers are raising repeatedly across the country, appears to offer policyholders, especially those with ties to Allegheny County, Pennsylvania, some refuge from the deluge of pro-insurer decisions being handed down around the country.

First, asked to consider a central question being posed to courts around the country – that is, whether COVID-19 causes “direct physical loss of or damage to property”  – Judge Ward found that “whereas the meaning of the term ‘damage’ encompasses all forms of harm to [the policyholder’s] property (complete or partial), … the meaning of the term ‘loss’ reasonably encompasses the act of losing possession [and/or] deprivation, which includes the loss of use of property absent any harm to property” (emphasis added).

After considering various COVID-19 orders issued by Pennsylvania Gov. Tom Wolf, relevant canons of insurance policy construction, and various dictionary definitions of certain policy terms, the state trial-court judge concluded: “Based upon these definitions it is certainly reasonable to conclude that [the policyholder] could suffer ‘direct’ and ‘physical’ loss of use of its property absent any harm to property” (emphasis added). She continued:

Here, [the policyholder’s] loss of use of its property was both “direct” and “physical.” The spread of COVID-19, and a desired limitation of the same, had a close logical, causal, and/or consequential relationship to the ways in which [the policyholder] materially utilized its property and physical space. Indeed, the spread of COVID-19 and social distancing measures (with or without the Governor’s orders) caused [the policyholder], and many other businesses, to physically limit the use of property and the number of people that could inhabit physical buildings at any given time. Thus, the spread of COVID-19 did not, as [the insurers] contend, merely impose economic limitations. Any economic losses were secondary to the businesses’ physical losses (citations omitted) (emphasis in the original).

Therefore, Judge Ward concluded “that it is, at the very least, reasonable to interpret the phrase ‘direct physical loss of . . . property’ to encompass the loss of use of … property due to the spread of COVID-19 absent any actual damage to property, [and that the policyholder] reasonably established a right to coverage under the Business Income and Extra Expense provisions of the insurance contract” (emphasis added) (footnote omitted).

The Governor’s orders directed individuals to stay home and required businesses to essentially close their doors absent emergencies and/or the need to conduct life sustaining operations. Although [the policyholder’s] business (a dental practice) was technically permitted to remain open to conduct certain limited emergency procedures, this does not change the fact that an action of civil authority effectively prevented, or forbade by authority, citizens of the Commonwealth from accessing [the policyholder’s] business in any meaningful way for normal, non-emergency procedures; procedures that likely yield a significant portion of [the policyholder’s]  business income.

Third, after rejecting the application of other exclusions in the relevant insurance policy, Judge Ward took direct aim at the insurer’s misguided contention that “coverage is precluded by” the relevant policy’s exclusion for “Acts or Decision and Ordinance or Law” because the policyholder’s claim for coverage supposedly “is solely due to the Governor’s Orders.” “That, however, is not the case,” Judge Ward responded, explaining:

In its complaint, [the policyholder] states that its claim for coverage is based upon losses and expenses [the policyholder] suffered in relation to both “the COVID-19 pandemic and the actions of the government in response thereto.” As this Court explained earlier in this memorandum, COVID-19 and the related social distancing measures (with and without government orders) directly forced businesses everywhere to physically limit the use of property and the number of people that could inhabit physical buildings at any given time. The Governor’s orders only came into consideration in the context of [the policyholder’s] claim for coverage under the Civil Authority provision of the contract. Accordingly, [the insurers] failed to demonstrate that the exclusions for Acts or Decisions and Ordinance or Law preclude coverage (emphasis in the original) (citation omitted) (footnote omitted).

Ultimately, finding that there were “no genuine issues of material fact,” Judge Ward granted the policyholder summary judgment and denied the insurers summary judgment. Indeed, Judge Ward’s decision would appear to turn not on facts unique to this particular insured-insurer dispute but, rather, on considerations relevant to most, if not all, claims for COVID-19-related business-income-loss coverage under first-party property insurance policies generally, e.g.. the meaning of “loss of” property.

As a result, policyholders – those in Western Pennsylvania in particular – who may have been hesitant before to seek judicial relief may want to reconsider and now consider filing litigation before the applicable statute(s) of limitations has run. While the policyholder will need to establish that jurisdiction and venue are proper in the court, and fend off any potential attempt at removal to federal court by an insurer, policyholders who can access the Allegheny County Court of Common Pleas (and/or potentially other Pennsylvania state courts) may indeed find that they have a friend in Pennsylvania.

Leech Tishman’s Insurance Coverage Team, part of the firm’s Litigation & Alternative Dispute Resolution Practice Group, which has assisted various types of businesses assess and seek coverage for COVID-19-related losses, will continue to monitor pertinent judicial developments in Allegheny County, in Pennsylvania, and across the United States. The members of the Insurance Coverage group stand ready to advise large and small businesses as they seek insurance coverage for their COVID-19-related losses in or out of court.

Mike is a Partner at Leech Tishman and a member of the firm’s Litigation & Alternative Dispute Resolution Practice Group, where he leads Leech Tishman’s Insurance Coverage Team. He is also Co-Leader of Leech Tishman’s Cannabis Industry Group. Mike is based in the Pittsburgh office and can be reached at 412.261.1600 or msampson@leechtishman.com.